Traditional Chinese Medicine has a long history of promoting longevity and anti-aging therapies. Recently, research shows that Chinese medicine therapies such as herbs, acupuncture, and tai ji all have antioxidant capabilities. 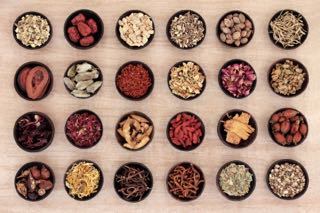 Traditional Chinese medicine has long focused on longevity and improving health for those with age related diseases such as arthritis, joint pain, senility, and maturing skin. Recently, scientists have theorized that herbs which enhance and boost yin and yang properties would be high in antioxidants as they are used in treating these age related diseases.[3] Both Yang tonic herbs, such as Gao Ben (Ligusticum sinensis) and Yin tonic herbs, such as Qing Hao (Artemisia annua) both showed DNA protective effects.[4]

Another approach for examining the antioxidant properties of herbs is through their taste. Throughout TCM history scholars and physicians have classified herbs according to characteristics such as taste, temperature, and functions to describe their actions. One study of antioxidant levels within herbs showed that herbs with bitter and sour flavors had the highest levels of antioxidants.[5]

Another study that looked at the antioxidant levels of TCM herbs in relation to Yin Yang properties concluded the Yin herbs had higher levels of antioxidants than the Yang herbs.[2] It is interesting to note that all the Yin herbs used in this study had bitter flavors.

Green tea is the most common beverage drank throughout Asia. It is loaded with antioxidants called catechins. Green tea has many health benefits including potential anti-cancer effects, weight loss, and cardiovascular benefits. [6-9] Green tea has benefits for the skin including photo protection from UV light, protective against skin cancer, and may help reduce formation of keloids. [10]

Green tea can also be used topically. Traditionally, brewed tea was used as a face wash. You can also combine green tea in your homemade face masks with clay and honey. Many contemporary beauty products and supplements use green tea.[9]

Acupuncture has been used for thousands of years for treatment of age related diseases. Scientists now assert that acupuncture’s effect on Parkinson’s, dementia, and hypertension is at least partially related to it’s antioxidant capability. [11]

Throughout Asia the health benefits of slow moving exercises have been known for centuries. Recent research supports that tai chi helps cardiovascular and neurologic health, chronic pain, and balance. [12-14] Tai Chi has also been shown to reduce oxidative stress and DNA damage.[15] 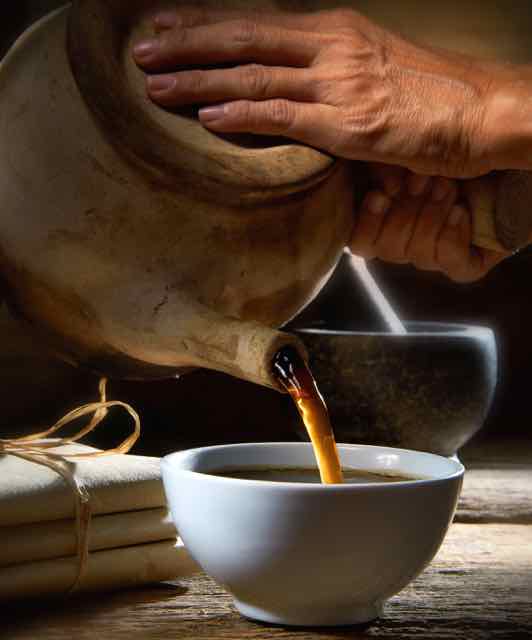 Joseph Alban is a Doctor of Acupuncture, New York Licensed Acupuncturist, and NCCAOM Board Certified Herbalist providing the highest quality Acupuncture and Chinese medicine care tailored to your needs.

5 Things You Should Do (at Home) to Improve Your Digestion

QiGong Exercises for Back Pain